For a camping holiday filled with nature, history and gastronomy, choose Castile and León in northwestern Spain. This region in is one of Europe's most naturally diverse destinations, not to mention its historic buildings and varied gastronomy.

Don't miss the triad of UNESCO World Heritage cities, Ávila, Salamanca and Segovia, pearls of Renaissance Spain where every step is a history lesson, and the archaeologically important site of Atapuerca, with evidence of Europe's earliest inhabitants. Or accompany pilgrims on their way to Santiago for a few kilometres as they traverse the region.

For sports and trekking enthusiasts, Castile and León is a true paradise, with a range of over 40 protected natural parks, including the Picos de Europa National Park, where you can admire magnificent Atlantic forests. The region is particularly suitable for activities such as climbing, cycling and canoeing. If you prefer to take it easy (you are on holiday, after all!), don't miss the Las Médulas open-cast gold mine, the largest of its kind excavated during the Roman Empire.

To satisfy your hunger, try the traditional gastronomy of Castile and León, with typical dishes such as lamb or roast suckling pig, sausages such as black pudding and 'botillo', all accompanied by quality wines such as those from the Ribera del Duero.

Book your campsite in Castile and León for a holiday you did not expect! 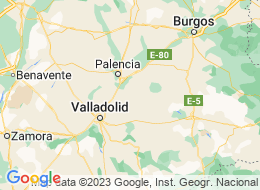 A selection of the best campsites in Castile and León

Thank you for subscribing - An email will be sent shortly