Perched on the cliff tops above award winning beaches, Sango Sands Oasis Campsite offers amazing views over the Atlantic Ocean. If you enjoy walking the cliffs, wandering along white sandy beaches and spotting Puffins nesting, you will love this site. There is much to do and see in this northerly part of the highlands including the dramatic features of the surrounding coastline such as Smoo Cave, Faraid Head, Cape Wrath and Loch Eriboll.
Pitches are mainly on grass, and a bit uneven, so you will need those chocks. Due to the lofty location, the site is exposed to the wind but does have some sheltered pitches.
A short walk takes you to Balnakeil that boasts a hillside links Golf Course with amazing views, a stunning long sandy beach and an unique craft village.

The campsite has plenty of showers and toilet facilities, a laundry room, a drying room with washing lines, a small kitchen and pot washing area. There is a Spar shop with cash machine just up the road and a petrol pump opposite. At the side of the site is a great bar/restaurant with comfy sofas and good food. Dogs are welcome. 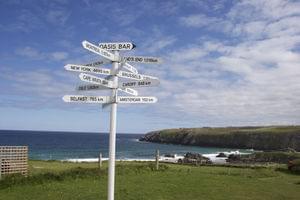 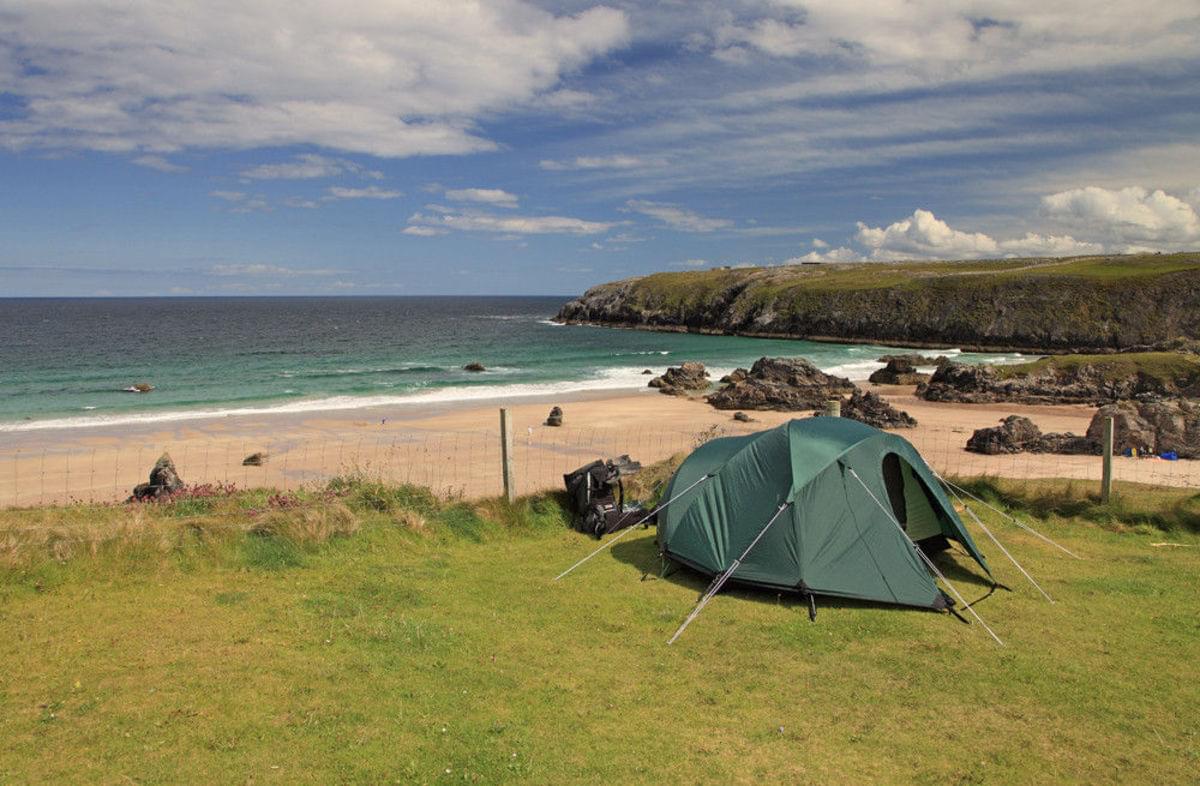 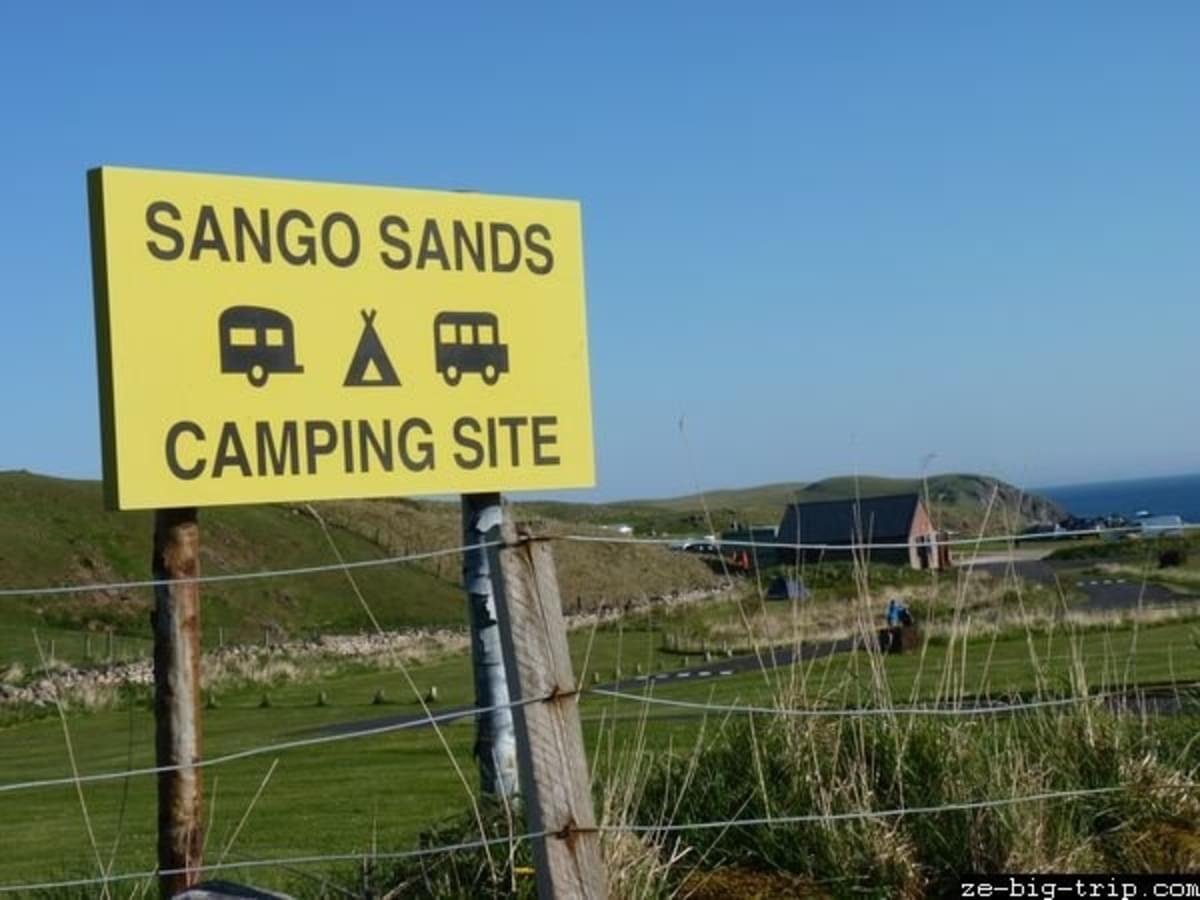 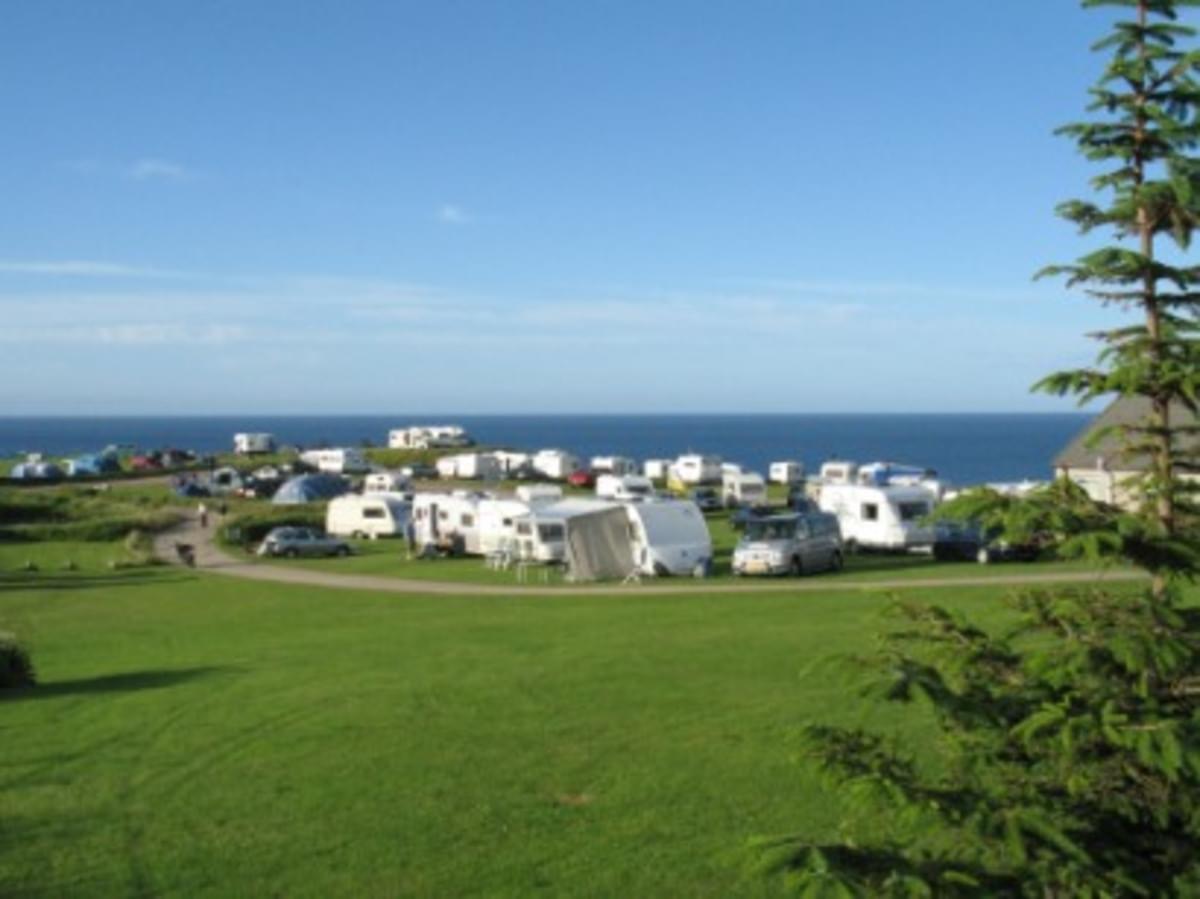 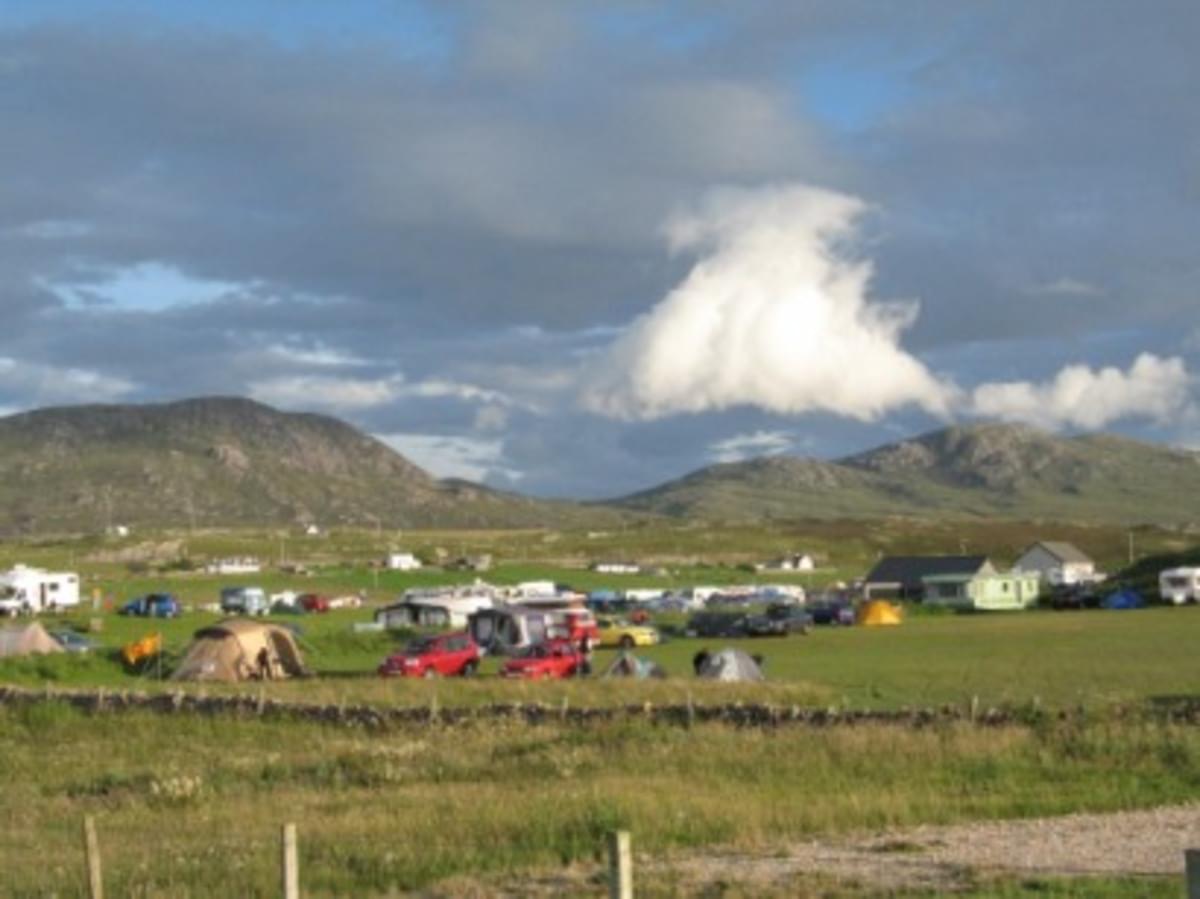 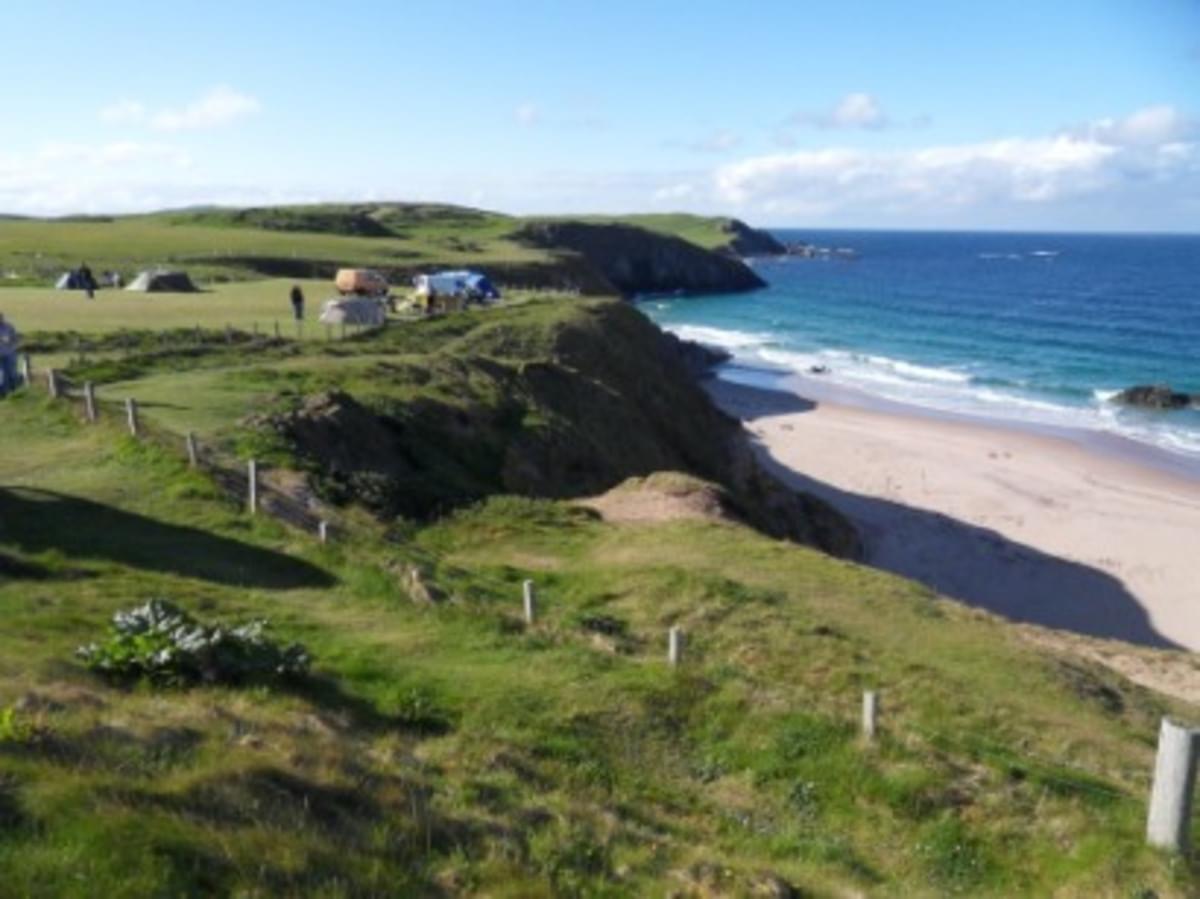 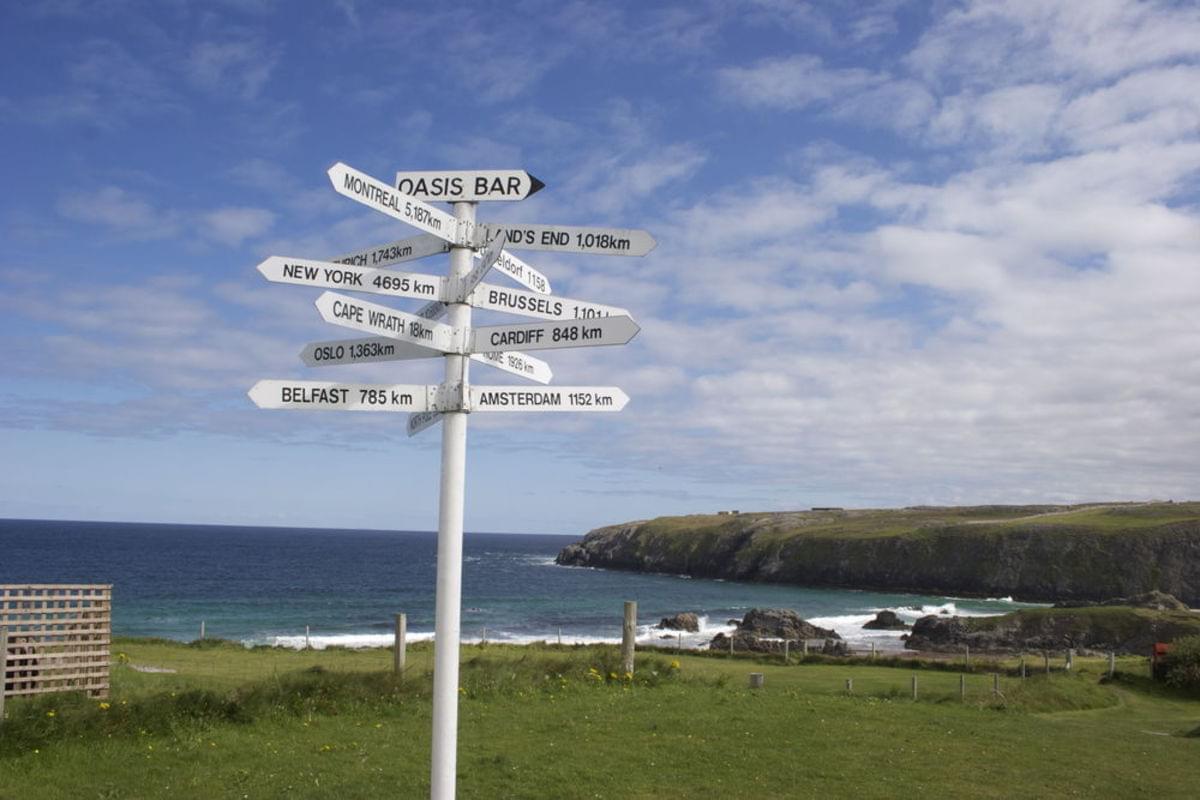 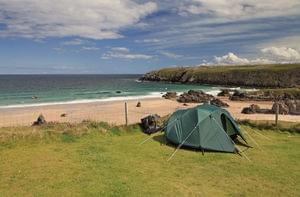 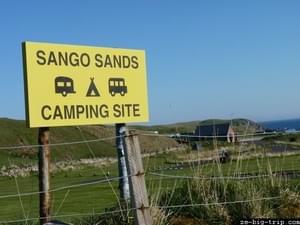 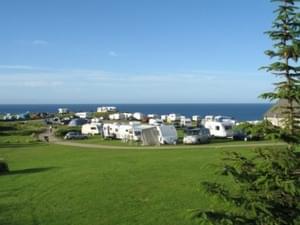 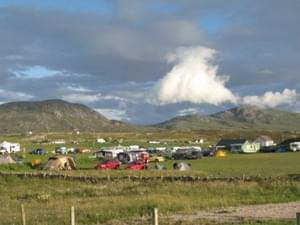 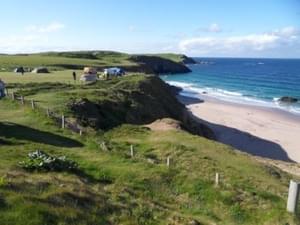 Getting Here by Road From Inverness and the South there are two routes. The scenic West Coast Tourist route via Ullapool is slightly longer, but very beautiful. The inland road via Lairg is still very pretty but a little shorter. From the East there is only the North Coastal road. The only way from the North or West is by aeroplane or boat! To take the West Coast route, head out of Inverness North on the A9. At the Tore roundabout (when the dual carriageway stops) take the A835 to Ullapool. Once in Ullapool stay on the A835 as it turns North. This road terminates in Ledmore where it joins the A837. Continue North on the A837, and after Inchnadamph, on the sides of Loch Assynt, turn north taking the A894. This takes you to Laxford Bridge where you join the A838 which leads you to Durness (Inverness - Durness, 124 miles, around 3 hours). April – Oct. Camping available at other times but without facilities.